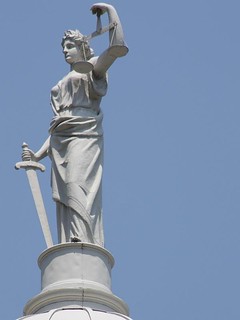 For years, two of the countries largest professional sporting organizations, the National Football League (NFL) and Major League Baseball (MLB), have taken an individual case-by-case based approach to handling domestic violence incidents and allegations. On the other hand, the National Basketball Association (NBA) can impose a minimum 10-game suspension as well as mandatory counseling for convictions under their collective bargaining agreement.

The case-by-case approach taken by the NFL and MLB is currently facing a great deal of scrutiny, as many people believe that the leagues have historically taken a soft stance on the players and these incidents.

For example, in 2012 the Milwaukee Brewers did not suspend or fine reliever Francisco Rodriguez after he was arrested and charged for domestic violence. In another case, the Seattle Mariners suspended pitcher Julio Mateo for 10 days after he was arrested in a 2007 domestic incident with his wife, which he reportedly punched, choked and bit. In February of this year, the NFL initially suspended Baltimore Ravens running back Ray Rice for two games after he was arrested and charged with simple assault for an incident in which he punched his then fiancée, now wife. In September, the NFL suspended Ray Rice indefinitely and the Baltimore Ravens released him after videotape of the incident surfaced online.

Over the summer, national media attention intensified and looked critically at how the NFL handled their domestic violence incidents. This led Commissioner Roger Goodell to introduce a new league-wide domestic violence policy. Under the new policy, a domestic violence violation of the personnel conduct policy will result in a “suspension without pay of six games… with consideration given to mitigating factors, as well as a longer suspension when circumstances warrant.” While the “second offense will result in banishment from the NFL; while an individual may petition for reinstatement after one year, there will be no presumption or assurance that the petition will be granted.”

Currently the Commissioner of MLB, Bud Selig, is in discussions with the players’ union to create a comprehensive league-wide policy on domestic violence.

See the following for additional information:

The Integrity of the Game: Professional Athletes and Domestic Violence