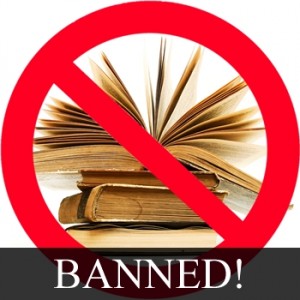 The American Library Association (ALA) provides a list of 46 books from the Radcliffe Publishing Course Top 100 novels of the 20th Century that have been the target of ban attempts. Here are a few books on the ALA’s  list you may recognize:

There are also hundreds of books that have not been banned but have been challenged.  Challenged means that there was an attempt by a person or a group to remove or restrict the materials.  The Office of Intellectual Freedom cites the following as the top three reasons books are challenged:

For those interested in learning more about banned and/or challenged books, you can consult the ALA’s website devoted to Banned Books Week.

The Law Library also has several books devoted to the First Amendment and book banning.  Here are just a few: