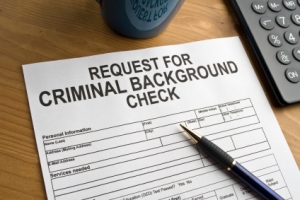 Did you know that in Georgia if you are arrested it stays on your record even if the case is dismissed or you are acquitted? It’s true.

I didn’t know this sad fact until I began my externship at the Georgia Justice Project, an organization that is working hard to change Georgia’s draconian records law. We have clients come in all the time who are unable to find a job or rent an apartment because of arrests that show up on their record. The Georgia Justice project helps clients go through the convoluted process to correct one’s criminal record. Currently, the only way to get something off your record is to request the original agency having custody or control of the records to purge, modify, or supplement them. That agency then sends your request to the prosecuting attorney who then looks through the record to determine if an individual meets the criteria to clear one’s record. This process is also known as expungement and can take up to a year. If they deny your request then you can appeal to the superior court in that jurisdiction.

Currently, as the law stands, the only arrests or charges that can be cleared off of one’s record are, pursuant to O.C.G.A. § 35-3-7:

1) If a person is arrested and released without the offense being referred to the prosecuting attorney.

3) After the filing of an indictment or an accusation, a record shall not be expunged if the prosecuting attorney shows that the charges were nolle prossed, dead docketed, or otherwise dismissed because:
a. Of a plea agreement resulting in a conviction for an offense arising out of the same underlying transaction or occurrence as the conviction;
b. The government was barred from introducing material evidence against the individual on legal grounds including but not limited to the grant of a motion to suppress or motion in limine;
c. A material witness refused to testify or was unavailable to testify against the individual unless such witness refused to testify based on his or her statutory right to do so;
d. The individual was incarcerated on other criminal charges and the prosecuting attorney elected not to prosecute for reasons of judicial economy;
e. The individual successfully completed a pretrial diversion program, the terms of which did not specifically provide for expungement of the arrest record;
f. The conduct which resulted in the arrest of the individual was part of a pattern of criminal activity which was prosecuted in another court of this state, the United States, another state, or foreign nation; or
g. The individual had diplomatic, consular, or similar immunity or inviolability from arrest or prosecution.

The expungement law and process is critical for attorneys to know. One would think that dismissals would automatically be erased off a client’s record, but this is not the case. Always be sure to expunge your client’s record if they meet the criteria stated above.

Fortunately, there is hope for a change to these laws in Georgia! House Bill 663 would change the law regarding criminal records. The new bill would restrict access to the following types of information (excerpt below taken from the Georgia General Assembly website):

2. After indictment or accusation:
a. All charged were dismissed or nolle prossed or the case was placed on the dead docket with the consent of the state and a period of 12 months has expired from the date of placing such case on the dead docket;
b. The individual was convicted of an offense and was sentenced to punishment other than the death penalty, but such conviction was vacated by the trial court or reversed by an appellate court, the decision of which has been made final, and the prosecuting attorney has not retried the case within 18 months of the final order of the court unless the prosecuting attorney obtains a court order, prior to the expiration of the 18 months, lengthening the time due to ongoing investigation or other appropriate circumstances; or
c. The individual was acquitted of all charges by a judge or jury.

The new bill still has some exceptions to when a record can be cleared, however they are much more reasonable. After the filing of an indictment or accusation, a record shall not be restricted if:

It is important to note that the record will not be restricted to criminal justice agencies, such as law enforcement, district attorneys, or judges.
Unfortunately, most employers will deny employment if ANYTHING shows up on a background check, even if it was dismissed. If this bill passes it will mean that people who were mistakenly arrested or did not commit a crime will be able to find employment more readily. This means less people on state assistance. It seems to be a win, win for Georgia.

One thought on “Criminal Background Checks and Georgia Law”