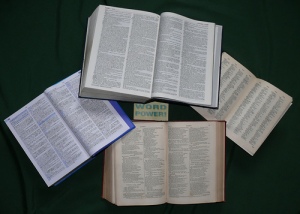 You may be lying (or perjuring) if you claimed you did not have a favorite legal word. Essentially, a legal term is a vast and abstract concept, spanning generations from our legal ancestors, boiled down to a few syllables. So, here is a syllabus of my personal favorites – some you might have never heard of, some you may be trying to forget:

Lex loci (leks LOH-ky) – noun: the law of the place. From the Latin lex (law) + locus (place). Earliest documented use: 1832.  Note: The doctrine of lex loci holds that the law of the jurisdiction where the act was done applies.

Suborn (suh-BORN) – transitive verb: to induce to perform an unlawful act or give false testimony. Earliest documented use: 1534.

(Writ of ) Mandamus (man-dame-us) – noun : a writ or order issued from a court ordering a public body to perform an act when it has neglected or refused to do so. From the Latin, We Command. Note: The jurisdiction to issue writs of mandamus was a core issue of Marbury v. Madison.

Precatory (PREK-uh-tor-ee) – adjective: expressing a nonbinding wish or suggestion. From the Latin, precari (to pray). Note: precatory language in a statute or will is merely suggested, but not legally binding. For example, “I hope my son uses the land for farming.”

Littoral (LIT-er-uh-l) – adjective: pertaining to the shore of a body of water. Note: Littoral rights refer to the rights concerning property that abut a body of water such as an ocean, lake, sea, rather than a river (riparian). For instance, littoral rights may include rights to the tidal waters as well as the underlying land to a certain point.