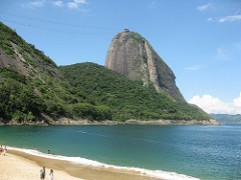 The summer Olympic Games begin soon in Rio with the opening ceremony set for August 5th. (Actually, women’s soccer begins August 3rd and men’s soccer begins August 4th. You can check the schedule here.) In addition to news reports about Zika, infrastructure and societal problems, and stunning poverty in Rio, you may have also heard reports of doping issues and other rules violations. But what regulatory bodies govern participation in the Olympics and how should you begin your research in this area?

Let’s take a look at the recent decision of the Executive Board of the International Olympic Committee (IOC) regarding the Russian doping scandal. Reports of government supported doping by Russian athletes abounded after the Sochi games. The World Anti-Doping Agency appointed Canadian lawyer Richard H. McLaren to lead an Independent Investigation of the Sochi allegations. The report was issued on July 16, 2016 and detailed 3 key findings: (1) a Moscow testing laboratory operated, under the direction of the government, a system to protect Russian athletes described in the report as the “Disappearing Positive Methodology”; (2) a Sochi laboratory used a sample swapping technique to protect Russian athletes; and (3) the deliberate mishandling and swapping of samples at both laboratories was done under the supervision of the Russian Ministry of Sport.

After the McLaren Report, the IOC Executive Board had to quickly make a decision about the participation of Russian athletes in the Rio Olympic Games. On Sunday, July 24, 2016, they issued their decision. The Executive Board did not issue an outright ban, however, the onus was placed on the athlete to “rebut the applicability of collective responsibility in his or her individual case.” No Russian athlete will be able to participate in the Games without meeting certain criteria. The determination of eligibility will be made by the IFs after the athletes have met certain criteria including an individual assessment of the history of their anti-doping testing, mere absence of a positive test will not be sufficient. The athletes who are being banned from the games are failing to meet the criteria set out in Sunday’s IOC decision.