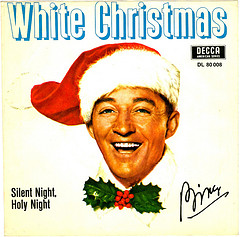 Open nominations for recordings that are “culturally, historically, or aesthetically important” are accepted each year (by July 1st)  in 25 different categories with winners announced the following spring.  Categories include musical genres, technology, comedy, and documentary among others.  Recordings must be at least 10 years old.

Later years have included recordings as varied as the World Series – Game 4, Oklahoma! (Rodgers and Hammerstein), Patsy Cline’s Crazy,  The Girl from Ipanema, The Star Wars soundtrack, Martha and the Vandellas’ Dancing in the Street, The Button-Down Mind of Bob Newhart,  Michael Jackson’s Thriller,  and the Library of Congress Marine Corps Combat Field Recording Collection, Second Battle of Guam.

The oldest recording dates back to 1853, while the most recent is a 1995 recording by 2Pac.  They can be as short as 3 minutes to as long as an 80 hour recitation of the King James Bible.