Jacob Thompson is a 9 year old boy from Maine.  Three years ago, Jacob was diagnosed with stage 4 neuroblastoma, a type of cancer that has now moved to his head and hip.   As of late October, Jacob’s doctors gave him a month to live.

In response to a GoFundMe page for Jacob’s funeral expenses, people began sending Jacob and his family holiday cards.  Jacob was delighted by the cards, especially those containing penguins – his favorite animal. On a CNN News story, Jacob said that he wants people to celebrate the holidays with him by sending him cards.  Because of Jacob’s request, a  national grassroots holiday card campaign has begun.  On November 2, even TV personality Jake Tapper got into the effort by tweeting the address where people could send cards.

Georgia State College of Law student Honey Shaw approached the library to ask if she could set up a card making station. The library obviously agreed, and cards are flying out the door! The card station will be up until the end of this week. Many thanks to Honey Shaw and the SBA for their support of this wonderful idea. 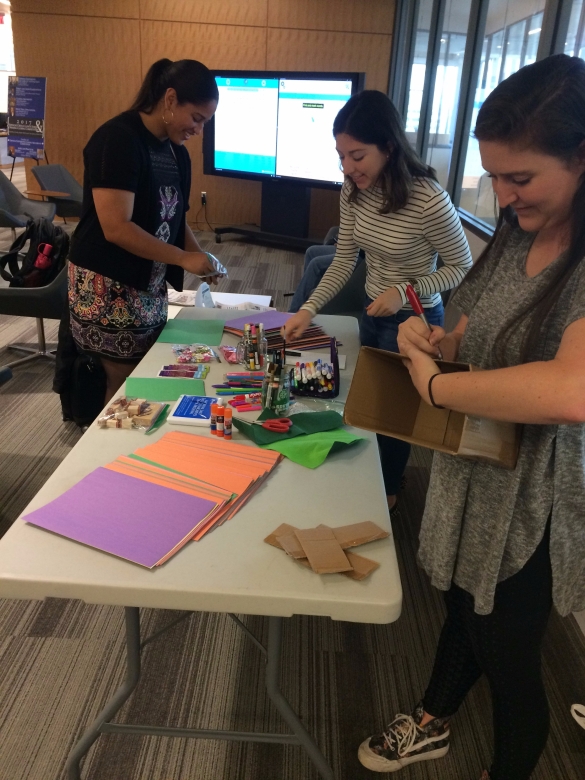