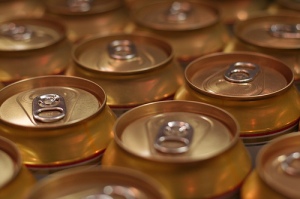 Friday, January 17th marked the anniversary of the implementation of perhaps one of the most sobering amendments to our nation’s constitution. I am talking, of course, about the Eighteenth amendment which prescribed, “the manufacture, sale, or transportation of intoxicating liquors within, the importation thereof into, or the exportation thereof (United States) … Is hereby prohibited.” The merit of the Eighteenth Amendment’s goal is debatable, but the truth is that the prohibition of intoxicating liquors created a vacuum through which organized crime gained power, and perhaps more importantly, money. In general, prohibition has been regarded as a failure, and in fact the Eighteenth Amendment is the only Amendment of the Constitution to be repealed.(see Twenty-First Amendment) Learn more about prohibition the old fashioned way… on Wikipedia here.

Reflection on the constitutional provisions that govern(ed) alcohol made me wonder what kind of laws restrict alcohol in the State of Georgia. More specifically, because I am a home brewer and love craft beer: what state laws govern my production of delicious alcoholic beverages in my own home? From my limited research on the best database in the world, Westlaw, I have found that, in general, there are Georgia statutes (in Title 3 of the OCGA) that regulate the amount brewed, consumption, and transportation of home brewed beer.

Amount:
When I first saw that there was a volume limit to the amount of beer one domiciled in mother Georgia could brew my heart sank a little bit. But in reality, for the average home brewer, the limitations are quite reasonable. First, if you live alone, or there is only one person of drinking age in the house, brewing is capped at 100 gallons of malt beverages per calendar year. If you stop and think 100 gallons is approximately 1000, 12 ounce beers, and that is huge amount of liquid for a human to consume in a year. Additionally, the limit is 200 gallons if there are two or more people of drinking age in a household. The volume limits seem to have legitimate public policy backings, but I’m sure there’s an argument to the contrary.

Consumption:
Maybe the biggest blow to home brewers, is the consumption regulations on the craft. According to the Georgia statute, home brewed malt beverages may only be consumed on the premises it was made, and may not be offered to the public for consumption. While I understand that there reasons Georgia would want to keep unregulated swill out of the hands of innocent people, there is something a little unnerving about not being able to share one’s hobby freely and openly.

Transportation:
The Georgia statute governing the brewing of malt beverages in one’s home provides that such malt beverages shall not be transported in batches larger than 25 gallons, they must be properly labeled, and must have the proper permits. I am not sure what the penalty would be for violation, but this seems a large burden on people who want to give their friends or co-workers a taste of their concoction, or those competing in home brewing events.

All in all these regulations on home brewing are relatively easy for people like myself who brew less than 25 or 30 gallons a year, to comport with, and are not a huge burden. But folks who are producing larger amounts and looking to transport their beer should have a gander at the law first. Learn a little bit more about home brewing here… it’s pretty fun.