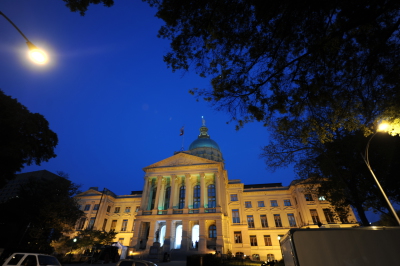 We are in the heart of the 2014 Session of the Georgia General Assembly. Beginning the second Monday in January, the assembly will meet for a Georgia Constitution required 40 days. Depending on the number of adjournments, the session usually ends between late March and early May.

Those interested with keeping up with General Assembly can do so by following the status of bills introduced in the assembly, as well as watching live broadcasts of the proceedings from both the House and Senate chambers. You can also locate archived videos and reports on a specific assembly day by using GPB Lawmakers.

Check out the following resources to get more information on the General Assembly: