Here at GSU College of Law, students are getting ready for a break before Fall Semester begins.  Some of us are lucky enough to get away and visit family or even take trip that has no purpose other than to relax.  For those burned-out law students and lawyers out there, taking a law-themed vacation may help refuel your professional fire and give you a much needed rest. 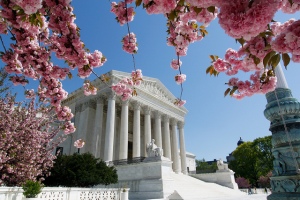 As the nation’s capital, Washington D.C. has many amazing sight-seeing options.  To see where laws are born, the U.S. Capitol Building, which contains both the House of Representatives and the Senate, is free to visitors Monday through Saturday. Likewise, the Supreme Court is open to the public during the week and has no admission charge.   To round out your visit of the branches of the U.S. government, free tours of the White House can be arranged through your member of Congress.  The building can be toured Tuesday through Saturday and visits must be scheduled at least 21 days in advance.

To actually see the documents that created our nation and our system of laws, the National Archives (also located in D.C.) is open Monday through Saturday.  For no charge you can see the Declaration of Independence, the Constitution and Bill of Rights among other historic exhibits.

To see where these documents were adopted, a short trip from D.C. to Philadelphia is required.  Admission to Independence National Historic Park is free, although timed tickets are needed to go into Independence Hall where the Declaration of Independence and the Constitution were discussed and approved.

There are many interesting sites associated with the civil rights movement across the country.  Here in Atlanta, the Martin Luther King National Historic Site  and the Women’s Rights National Historical Park in Seneca Falls, New York provide a comprehensive look at the continuing struggle to ensure the law applies equally to all Americans.  Admission to both sites is free and they are open daily. 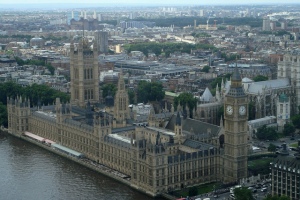 Within London there are many points of interest for the traveling law-buff.  The iconic “Old Bailey” (The Central Criminal Court of England and Wales) offers free tours throughout the week.  The public can also visit the Houses of Parliament, located in the Palace of Westminster, on Saturdays and select week days and see where the House of Commons and the House of Lords meet.  The Houses also occasionally served as the venue for the Royal Courts of Justice.  (Adults £17.50 for an unguided audio tour).

Just to the west of London is Runnymeade, a park on the bank of Thames where one of the most significant acts leading to modern constitutional law occurred, the signing of the Magna Carta.  The Temple of the Magna Carta is one of several historical sites in the park. Admission to the park is free, but parking is charged by the hour.

If insurance law is your thing, you might want to take a tour of Lloyd’s to see how far the insurance industry has come since the days of underwriting ships and cargo over coffee.  One day a year Lloyd’s has an open house and throughout the year tours can be arranged by appointment (£10 per person).

When thinking about the French legal system, one of the first things that comes to my mind is the French Revolution.  One site that is open to public is the Conciergerie, the first royal palace in Paris which was used as a prison during the Revolution to hold such notables as Marie Antoinette.  It is open daily for tours (8.50 €).  Inmates who were condemned to death were taken to the Place de la Concorde where the guillotine was kept, admission is free to this public plaza.

For a look at the modern French legal system, the lower house of the French legislature (Assemblée Nacionale) meets at the Palais-Bourbon which is open during the week for free tours.  The upper house (Sénat) meets at the Palais du Luxembourg and tours are available for groups and individuals on certain days when the Senate is not in session.

Next to the Conciergerie is the Palais de Justice, the building that houses to the Court of Appeals of Paris and the Court of Cassation (France’s highest court) is open to the public.

An American visiting Paris may be interested to see the former Hotel d’York, where American representatives (Including John Adams and Benjamin Franklin) met with a British delegation to sign the Treaty of Paris which recognized the independence of the United States.

I hope that gave you some ideas for your vacation.  With so much to see and do, many locations were left out.  What recommendations do you have for legal themed travel?