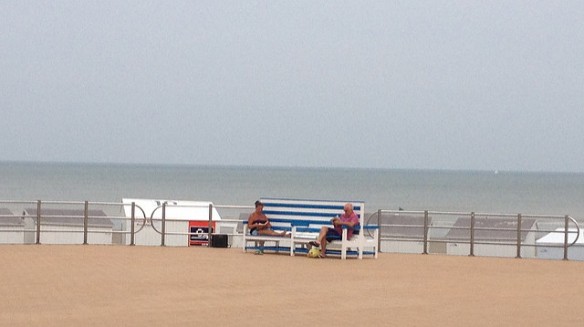 Summer is fast approaching.  Before you know it the trials and tribulations of the academic year will be behind us, exchanged for internships, jobs, conferences, and hopefully vacation.  Many of us use this time to catch up on our leisure reading.  If this is you, the GSU law faculty would like to suggest a few of their favorite titles.  All of these titles will appear in the Law Library leisure collection.

Girl on the Train by Paula Hawkins

Rachel takes the same commuter train every morning. Every day she rattles down the track and stops at the signal that allows her to daily watch the same couple breakfasting on their deck. And then she sees something shocking. It’s only a minute until the train moves on, but it’s enough. Now everything’s changed. Unable to keep it to herself, Rachel offers what she knows to the police, and becomes inextricably entwined in what happens next, as well as in the lives of everyone involved. Has she done more harm than good?

Based on remarkable new research, acclaimed historian Alexander Rose brings to life the true story of the spy ring that helped America win the Revolutionary War. For the first time, Rose takes us beyond the battlefront and deep into the shadowy underworld of double agents and triple crosses, covert operations and code breaking, and unmasks the courageous, flawed men who inhabited this wilderness of mirrors—including the spymaster at the heart of it all.

A Man for All Seasons by Robert Bolt

The classic play about Sir Thomas More, the 16th-century Chancellor of England, who refused to endorse King Henry VIII’s wish to divorce his wife Catherine of Aragon, who did not bear him a son, so that he could marry Anne Boleyn, the sister of his former mistress. The play portrays More as a man of principle, envied by rivals such as Thomas Cromwell and loved by the common people and by his family.

The essential skill of creating and maintaining new businesses—the art of the entrepreneur—can be summed up in a single word: managing. In High Output Management, Andrew S. Grove, former chairman and CEO (and employee number three) of Intel, shares his perspective on how to build and run a company.

Founded in 1997, the organization presents storytelling events across the United States and abroad, often featuring prominent literary and cultural personalities. The Moth offers a weekly podcast and in 2009 launched a national public radio show, The Moth Radio Hour, which won a 2010 Peabody Award. The 2013 story collection The Moth: 50 True Stories reached #22 on The New York Times Paperback Nonfiction Best-Seller List.

The 100-Year-Old Man Who Climbed Out the Window and Disappeared by  Jonas Jonasson.

It all starts on the one-hundredth birthday of Allan Karlsson. Sitting quietly in his room in an old people’s home, he is waiting for the party he-never-wanted-anyway to begin. Slowly but surely Allan climbs out of his bedroom window, into the flowerbed (in his slippers) and makes his getaway. And so begins his picaresque and unlikely journey involving criminals, several murders, a suitcase full of cash, and incompetent police. As his escapades unfold, we learn something of Allan’s earlier life in which – remarkably – he helped to make the atom bomb, became friends with American presidents, Russian tyrants, and Chinese leaders, and was a participant behind the scenes in many key events of the twentieth century.

An engaging tale told by an L.A. Times crime reporter about the difficulties of investigating homicide cases in inner-city minority communities. Leovy casts light on problems such as the under-resourcing of policing in the urban ghetto that go far toward explaining the violence crisis that has long afflicted black communities.

If you haven’t listened to it yet, do so. It’s awesome entertainment, examining the case against Adnan Syed, a possibly wrongfully convicted man currently serving a life sentence in Maryland for the murder of his ex-high-school girlfriend.

This is a follow-up podcast on Serial, and digs into the case in gory legal detail. For Serial enthusiasts, it is a must-listen, and it digs up some truly shocking new details that were not discussed on Serial.

Egil’s Saga, is I think the best of the Icelandic sagas. If you are unfamiliar with the sagas, you may be surprised by the simplicity and directness of the narration. “Game of Thrones” fans are probably aware that the story lines owe a lot to the sagas. The aspect that makes them especially apt for law students is the way that Icelandic law structures the conflicts that drive the story.  An excellent overview is Bloodtaking and Peacemaking: Feud, Law, and Society in Saga Iceland by Michigan law professor William Ian Miller.

Meg’s top pick for summer reading would be anything by local author Karin Slaughter.  She writes compelling thrillers, often set in Atlanta or in Georgia. Her most recent is Pretty Girls, a stand-alone novel just released in paperback this week.  Slaughter is a library champion, founding the Save the Libraries project, which has raised over $250,000 for the Dekalb County Library Foundation. “On Second Thought” posted audio of Celeste Headlee’s interesting recent interview with Slaughter—the author explains why she sets her novels in Atlanta and Georgia.

The Art of Racing in the Rain by Garth Stein

Enzo knows he is different from other dogs: a philosopher with a nearly human soul (and an obsession with opposable thumbs), he has educated himself by watching television extensively, and by listening very closely to the words of his master, Denny Swift, an up-and-coming race car driver.A heart-wrenching but deeply funny and ultimately uplifting story of family, love, loyalty, and hope, The Art of Racing in the Rain is a beautifully crafted and captivating look at the wonders and absurdities of human life…as only a dog could tell it.

Move over, ethereal poetry. Make room for a collection from Claudia Rankine titled “Citizen: An American Lyric.” Rankine is Jamaican-born, raised both there and in New York. Her book was a finalist for the National Book Award. And while Rankine did not win last night, our reviewer Tess Taylor says, this powerful collection is the perfect book to appreciate the racial dynamics at play today.

How to be a woman by Caitlin Moran

Part memoir, part modern feminist discussion, Times columnist Caitlin Moran’s book How to be a Woman tackles what it means to be female in the 21st century.

Neil Gaiman pierces the veil of reality to reveal the enigmatic, shadowy world that lies beneath. Trigger Warning includes previously published pieces of short fiction—stories, verse, and a very special Doctor Who story that was written for the fiftieth anniversary of the beloved series in 2013—as well “Black Dog,” a new tale that revisits the world of American Gods, exclusive to this collection.

Blood Meridian: Or the Evening Redness in the West by Cormac McCarthy (No Country for Old Men, The Road)

An epic novel of the violence and depravity that attended America’s westward expansion, Blood Meridian brilliantly subverts the conventions of the Western novel and the mythology of the “wild west.” Based on historical events that took place on the Texas-Mexico border in the 1850s, it traces the fortunes of the Kid, a fourteen-year-old Tennesseean who stumbles into the nightmarish world where Indians are being murdered and the market for their scalps is thriving.

A wise man once said it’s better to burn out than fade away, and on Thanksgiving Day of 1976, the Band, one of the best live acts of the rock era went out in a blaze of glory that was called The Last Waltz.After spending more than 15 years on the road – first as a backing band and then as a recording act in their own right – they called it quits as a touring entity by leading an all-star ensemble through an epic night of food, dancing and rock ‘n’ roll. Commemorated by director Martin Scorsese, the event would later serve as the grist for one of the most beloved concert films of all time.